Minecrafting, is a group portrait shot with no stage directions at a Mykonos summer vacation home. The photograph captures spontaneous, cinematic moments and everyday gestures, in the subjects as much as in the spaces they inhabit.

The sitters are immersed in their activities in two separate yet interconnected spaces, their gaze away from camera, with the women intent in kitchen chores and the children playing a video game. Conversation appears to occur amongst them(selves), leaving the spectator at the margins of action.

The photograph draws inspiration from Dutch Renaissance and Baroque trompe-l'oeil painting. The careful framing of the subject matter, as well as the peculiar architecture of the space with its small framed window opening onto a different space, aid the achievement of a play on linear perspective. Composition and colour palette therefore function as devices to disrupt the time of the image, stretching the narrative in an extended, more complex and intriguing mode of storytelling, through the gestures and interactions between the subjects.

Ultimately, Minecrafting reflects on contemporary modes of being together - separate yet connected - during leisure time.

Minecrafting was included in The Taylor Wessing Photographic Portrait Prize 2017 at the National Portrait Gallery (London, UK). It was previously exhibited as part of Portrait Salon 2016 and ArtGemini Prize 2016 Exhibition where it was awarded the First Prize for the Photography and Digital category. Minecrafting was longlisted for the Aesthetica Art Prize 2018, after having earned a Honorable Mention for the Fine Art Portrait/Children category at Prix de la Photographie, Paris (Px3), 2017. 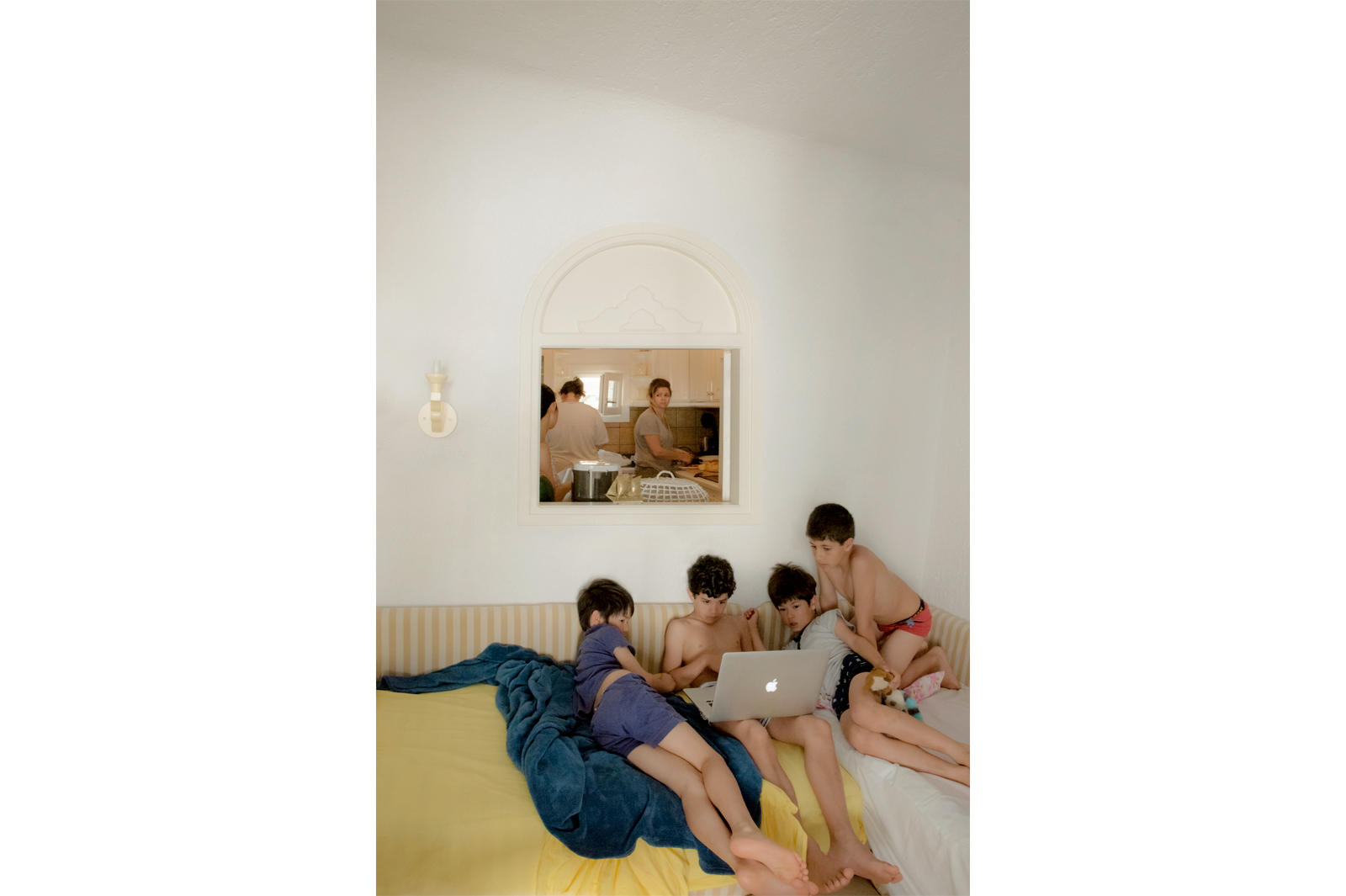